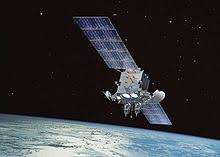 How can data improve your member communications?

There was a lot to love about Michelle Cracknell’s winning essay for the Pensions Management Institute on how data can be used to improve pension scheme engagement.

We chatted with our friends at Quietroom about it as it seemed to be directly targeted at us. One of us works in pensions data and the other works in pensions communication, and we’ve been working together recently to do exactly the sort of work Michelle recommends.

Listening to members through the data

Michelle wrote that ‘the best way to get members is to listen to them…through the data’. She’s right. Schemes and providers are sitting on a treasure trove of insight that could transform engagement if they use it in the right way. It might even be the most valuable non-financial asset they possess.

The world’s most valuable companies get this. Why are brands prepared to hand suitcases of money over to Facebook and Google just to get to you? Because of what those businesses know about you. They know who you are, where you live, where you’ve been, what you’re interested in, and what you do about it. They sell that insight to people who want to reach you. Those people use it not just to make sure you’re the right person for them to target, but also to choose a message that’s likely to get the right response from you.

Using what we know to target effectively

It’s not just commercial marketers that do it: political parties and campaigning groups have cottoned on to these techniques too. The success of both the Vote Leave and Trump campaigns has been attributed to the impact of ‘micro-targeting’, where microscopic slivers of the voting public receive specific messages aimed just at them, geared around the issues they’re interested in and driven by sophisticated modelling

So big tech companies do it. Political parties do it. We need to be doing it too – before we find out that birds, bees and educated fleas have got there before us.

Making it happen in practice

Michelle highlighted lots of great ways to go about it – from communications triggered by life moments like getting married and having a baby, to the idea of giving ‘value for data’, providing members with incentives to share more information about themselves. But what else is there?

At the most basic level, it’s about getting the right name and address and the right benefit information onto your communication. That sounds like everybody should be getting it right all the time – but be mindful of the cautionary tale of the bank CEO who once sent a personalised letter to one of his burliest, beefiest, manliest colleagues with the salutation ‘Dear Wendy’.

It’s not just about the risk of getting it wrong though – there’s also an upside to getting it right. Rhys worked with a master trust a couple of years ago on rethinking their suite of ‘standard’ communication. Members were presented with lots of ways their pension comms could be spiced up – from pensions picnics, to stand up comedy, and even a talking parrot. The option they went for? Just talk to me about me and my stuff.

The Government’s Behavioural Insight Unit (who have their frequently-washed hands rather full at the moment) use a mnemonic called Mindspace. The S stands for salience and refers to our tendency to be ‘drawn to things…that are relevant to us.’ Swiss Re’s Behavioural Research Unit have run hundreds of experiments based on this kind of thinking. One of their most successful interventions was putting people’s vehicle registration numbers on the car insurance renewal communication, along with the expiry date. It improved open rates from 33% to 81%.

The reasons people give for doing what they do aren’t usually that reliable. Again, pollsters have known this for ages. People who say they are definitely one hundred percent absolutely totally going to vote this time have a habit of staying home on election day.

The digital forensics team at insight agency Flamingo wanted to find out more about how people travelled. They recruited a bunch of people who said they travelled a lot then tracked their phones (with their permission, obviously). Many went no further than their front gardens. It isn’t that people are liars, apart from the ones that are. It’s more that we don’t really understand our own choices and why we make them. The most reliable indicator for what someone might do in the future is what they’ve done in the past.

We’ve worked together on a project for a pension scheme over the last year looking at precisely this. What can the things people have done in the past tell us about the things they might do in the future? We found that people were most likely to call about transfer values in their 30s and most likely to transfer in their 40s. We could see which members from the former group were most likely to end up in the latter. That’s really useful information. You can use it descriptively – to give you a better understanding of how to get communication right for that group – and predictively – to plan how to respond to that behaviour. We can target people who’ve never responded to a piece of communication in their lives. We can target people who respond every time. We can talk differently to people who’ve attended financial education sessions compared to those who haven’t. If you’ve got the data, you can use it. If you haven’t, focus your attention on getting it. On the same project, we could see the number of people without email addresses on the database who had used email to contact the scheme’s administrators. We could see the number of opportunities that had been missed to collect email addresses from people calling in. As Michelle said in her piece, great communication involves repetition, you can only repeat cost-effectively when you communicate digitally, and you can only communicate digitally when you have email addresses.

Pension schemes all exist for the same reason – to give people bigger incomes and better lives in retirement. That should be our primary goal when communicating too. Data can tell us who’s missing out on opportunities and who might be at risk. One of the most successful projects Quietroom has ever delivered involved a simple rules-based intervention for people logging into their scheme’s website. Once they entered their employee number, they were presented with two vital bits of information – the section of the scheme they were in, and the section of the scheme they were eligible to be in, if that was different. It allowed us to pinpoint the members who were missing out on extra contributions. In a similar way, we can target people who we think might be especially vulnerable to scams. Targeting smaller groups of people with specific messages is more effective than saying everything to everyone and asking people to find the content that’s most meaningful to them.

We can learn a lot from just looking at who our members are. Basic demographic data, from where people live, to what gender they are or how old they are, can be combined insightfully with data about their work personas – what jobs do they do or have they done? How much do they earn? What percentage of their income will this workplace pension replace? (with the usual caveat that they may well have other provision too). Perhaps most interestingly of all, we can append behavioural insight and profiling from tools like Experian’s Mosaic tool or its Financial Strategy Segments. Tools like these allow us to overlay third-party data on our own – allowing us to get a richer understanding of who our members are and what their attitudes towards money might be. It also helps us segment not just on demographic or behavioural lines, but by lifestyle, attitude and likely financial sophistication.

Where does that leave us? Potentially with a Maslow-style hierarchy of data-enabled communication.

One final thought. It can be tempting to fall into an all-or-nothing mindset, where if you can’t be at the top of the pyramid, you’ll settle for the bottom. In reality, it’s more effective to inch upwards towards the apex, testing, learning and iterating until you have a better idea of what works.